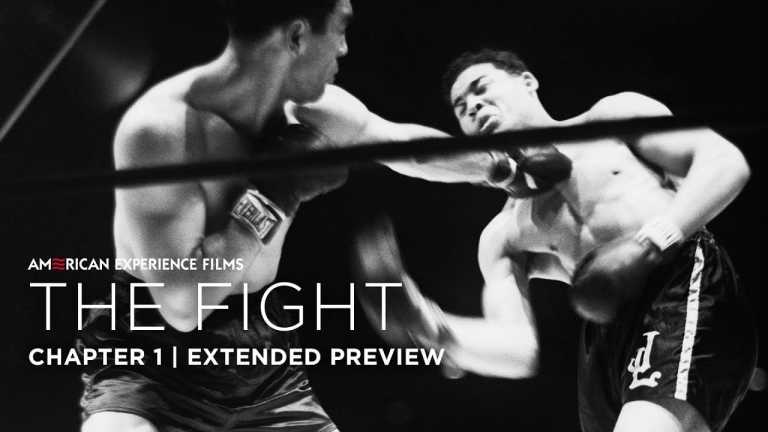 On June 22, 1938, 70,000 fans crammed into Yankee Stadium to watch what some have called “the most important sporting event in history” — the rematch between African American heavyweight Joe Louis and his German opponent Max Schmeling.

Learn more about THE FIGHT, including where to watch the documentary: http://www.pbs.org/wgbh/americanexperience/films/fight/

June 22, 1938. Though the Great Depression rages and war looms, the eyes of the world are on Yankee Stadium in New York where, beneath threatening skies, German Max Schmeling and American Joe Louis are squaring off for the heavyweight championship of the world. More than 90,000 people crowd the stadium to watch the encounter, and countless millions more — the largest radio audience in history — listen in around the world to what one commentator would call “two minutes and four seconds of murder.”

The pressure on each fighter is enormous. Joe Louis is not only fighting for the honor of the country, he is quite literally holding the hopes of all of black America in his fists. For Max Schmeling, the fight will be a demonstration of Hitler’s racial theories, and should the German lose, many fear for what could happen to him. Theirs was a rivalry that would draw in two nations inching closer to war, and take the measure of two men who had been fighting all their lives.

The Fight explores the famous 1938 heavyweight bout and finds two men who, in the shadow of war, became reluctant symbols of equality and supremacy, democracy and fascism.