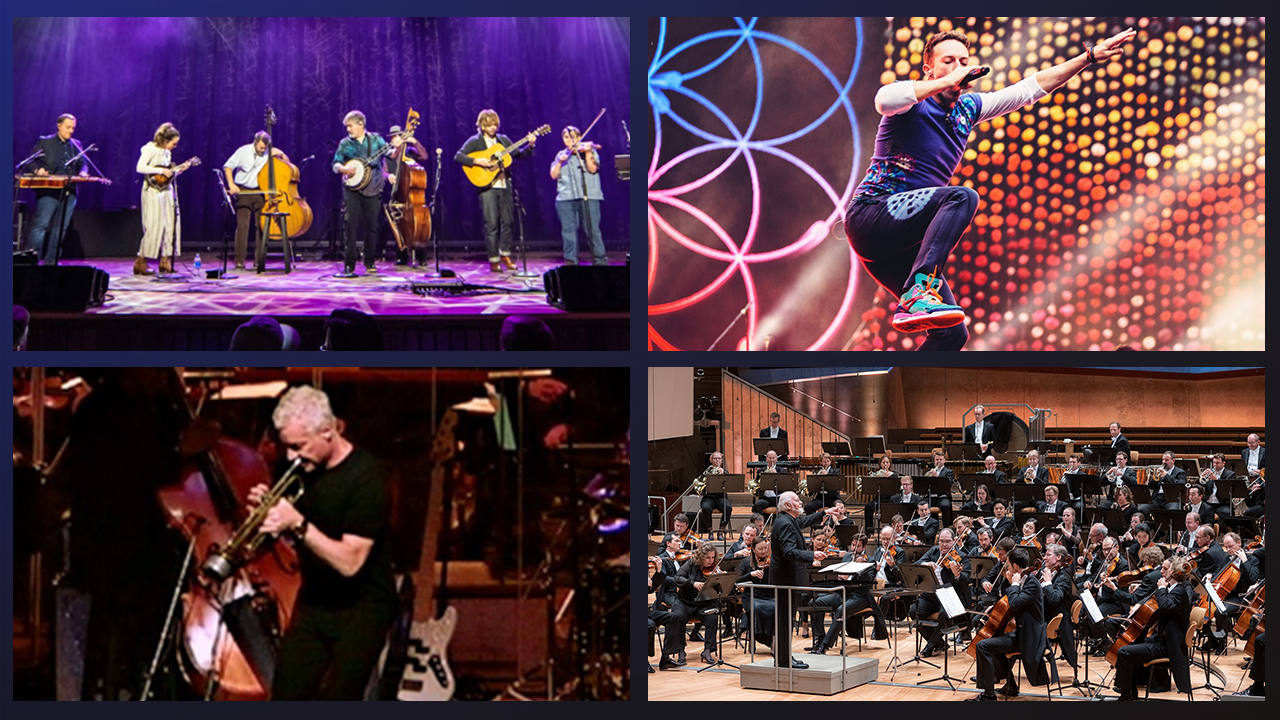 WATERTOWN, NY; July 29, 2022 – WPBS viewers often share how much they enjoy the station’s selection of special programming, which invites audiences to take front-row seats to world-class performances through television and online content. WPBS is pleased to offer a full line up of wide-ranging music and concert programming. Fans will not want to miss these powerful music concert specials in August 2022:

Monday, August 15th at 7:00 pm
John Williams: The Berlin Concert – Filmed live in October 2021 at the internationally renowned Berlin Philharmonic hall – famous for its appearance, innovative design and providing the best possible acoustics, this concert captures a magical performance of Hollywood legend John William’s music. After opening with the “Olympic Fanfare and Theme,” Williams and the Berlin players perform a wide-ranging selection of music from some of his best-known film scores. From the futuristic sounds of Close Encounters to the instantly evocative opening notes of “Hedwig’s Theme” from the Harry Potter movies, to musical excerpts from Jurassic Park, Superman, and the Indiana Jones and Star Wars series, there’s something for everyone.

Wednesday, August 17th at 7:00 pm
Chris Botti and the Dallas Symphony Orchestra – Jazz trumpeter and multiple Grammy award-winner Chris Botti joins the Dallas Symphony Orchestra for an evening of jazz, pop and well-loved standards in this new concert special. Recorded live at the Morton H. Meyerson Symphony Center in Dallas, Texas, Botti and the DSO, conducted by Albert-George Schram, are joined by vocalists Veronica Swift and Sy Smith, violinist Caroline Campbell, guitarist Leo Amuedo and saxophonist Chad Lefkowitz-Brown. Songs featured in the program include “Sevdah,” “When I Fall in Love,” “There Will Never Be Another You,” “Moanin,’” “Somewhere Over the Rainbow,” “In the Wee Small Hours,” “Embraceable You,” “Hallelujah,” “You Don’t Know What Love Is” and “Shining Star.”

Wednesday, August 17th at 8:30 pm
Coldplay: Live in São Paulo – Filmed over two nights at Allianz Parque in São Paulo, Brazil, the stadium-filling, Grammy award-winning, platinum-selling Coldplay are captured live during their A Head Full of Dreams tour. Featuring extensive visuals, including a one-of-a-kind laser show, confetti cannons and awe-inspiring pyrotechnics, the tour saw the band perform to over five million fans in stadiums and arenas across five continents. Performances include “A Head Full of Dreams,” “Adventure of a Lifetime,” “Hymn for the Weekend,” “Up & Up” and “Everglow,” as well as hits from their earlier discography Ghost Stories, Mylo Xyloto and A Rush of Blood to the Head, including “Yellow,” “The Scientist,” “Paradise,” “Clocks,” “Charlie Brown,” “In My Place,” “Fix You” and “Viva La Vida.”

Saturday, August 20th at 3:30 pm
Béla Fleck: My Bluegrass Heart – Over the last four decades, Béla Fleck has boldly gone where no banjo player has gone before, a musical journey that has earned him 16 Grammy Awards in nine different genres, including country, pop, jazz, instrumental, classical and world music. For his new concert special, Béla Fleck and an all-star lineup of the most acclaimed artists in bluegrass gather for a historic night at the Ryman Auditorium in Nashville, Tennessee.  Performing from his Grammy-winning album My Bluegrass Heart, this show is an extraordinary moment in music that brings together legendary instrumentalists in bluegrass, alongside some of the best of the new generation of players: Sam Bush and Sierra Hull; fiddlers Michael Cleveland and Stuart Duncan; multi-instrumentalist Justin Moses; dobro master Jerry Douglas; bassists Edgar Meyer and Mark Schatz; guest banjoist Tony Trischka, and Billy Strings, Bryan Sutton and Molly Tuttle on guitars.

In addition WPBS will be bringing back a number of previously broadcast music concert specials from August 13th  through August 21st. Check local listings or the WPBS website for more details.