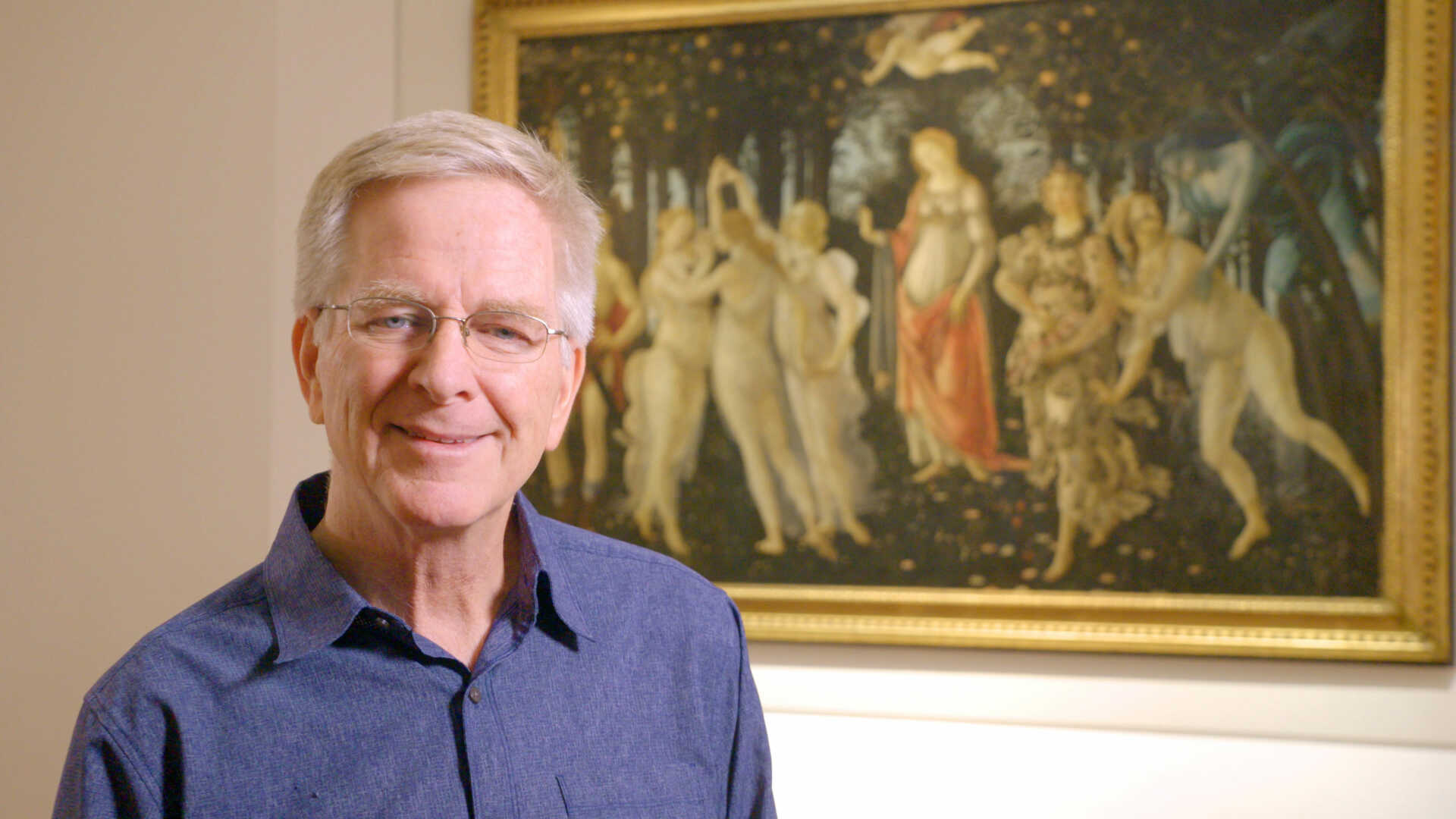 WATERTOWN, NY; September 23, 2022 – Rick’s back! with Rick Steves Art of Europe, a six-part sweep through the span of European art history that weaves the greatest masterpieces into a fascinating story that’s both entertaining and inspiring. From prehistoric cave paintings to the ancient civilizations of Egypt, Greece, and Rome; through a thousand years of Middle Ages to the Renaissance; and from extravagant Baroque to the tumultuous 20th century, we’ll see how Europe’s art both connects us to the past and points the way forward.

Rick Steves Art of Europe is the culmination of Rick showcasing Europe’s great art and architecture on public television for three decades. Climbing deep into prehistoric tombs on remote Scottish isles, summiting Michelangelo’s magnificent dome at the Vatican, waltzing through glittering French palaces, and pondering the genius of Picasso and Van Gogh, Rick does for art what he does for travel — makes it fun and accessible. Rick Steves Art of Europe is presented and distributed by American Public Television and premieres Fridays, starting October 7th at 9:00 pm on WPBS-TV.

This artistic journey vividly tells the story from the earliest European art, with its cave paintings and mysterious stone circles, and follows the rise and fall of great civilizations, from the massive pyramids of Egypt, to the ethereal temples of Greece, to the grandeur of ancient Rome. After a thousand years of Middle Ages — with mighty castles, soaring cathedrals, and radiant religious art — Rick invites viewers to gaze into the eyes of David and witness how the beauty of ancient times was reborn in the Renaissance.

Europe’s divine monarchs, with their awe-inspiring palaces and exuberant art, were eventually countered by the Enlightenment and revolution which brought about a flowering of new styles: from stern Neoclassicism, to unbridled Romanticism, to the sun-dappled canvases of the Impressionists. Rick takes viewers to the finish by careening through Europe’s tumultuous 20th century, exploring ever-wilder frontiers of artistic expression. Through it all, we celebrate the joy of European art as it both connects us to the past and points the way forward.

Episode 101 – Stone Age to Ancient Greece (10/7/22) As the Ice Age glaciers melted, European civilization was born—and with it, so was art. From the Stone Age came prehistoric art: mysterious tombs, mighty megaliths, and vivid cave paintings. Then the Egyptians and the Greeks laid the foundations of Western art—creating a world of magical gods, massive pyramids, sun-splashed temples, and ever-more-lifelike statues.

Episode 102 – Ancient Rome (10/14/22) The Romans gave Europe its first taste of a common culture—and awe-inspiring art. From its groundbreaking architecture to its statues, mosaics, and frescos, Rome engineered bigger and better than anyone before. At its peak, the Roman Empire was a society of unprecedented luxury, with colossal arenas for entertaining the masses and giant monuments to egotistical emperors. And then it fell.

Episode 103 – The Middle Ages (10/21/22) After Rome fell, Europe spent a thousand years in its Middle Ages. Its art shows how the light of civilization flickered in monasteries and on Europe’s fringes: Christian Byzantium, Moorish Spain, and pagan Vikings. Then, around A.D. 1000, Europe rebounded. The High Middle Ages brought majestic castles, radiant Gothic cathedrals, and exquisite art that dazzled the faithful and the secular alike.

Episode 104 – The Renaissance (10/28/22) Around 1400, Europe rediscovered the aesthetics of ancient Greece and Rome. This rebirth of classical culture showed itself in the statues, paintings, and architecture of Florence, then spread to Spain, Holland, Germany, and beyond. The Renaissance—from art-loving popes to Leonardo’s Mona Lisa and Michelangelo’s David—celebrated humanism and revolutionized how we think about our world.

Episode 105 – Baroque (11/4/22) In the 1600s and 1700s, the art of “divine” kings and popes—and of revolutionaries and Reformers—tells the story of a Europe in transition. In the Catholic south, Baroque bubbled over with fanciful decoration and exuberant emotion. In the Protestant north, art was more sober and austere. And in France, the excesses of godlike kings gave way to revolution, Napoleon, and cerebral Neoclassicism.

Episode 106 – The Modern Age (11/11/22) In the 1800s, the Industrial Revolution spawned new artistic styles: idealized Romanticism, light-chasing Impressionism, and sensuous Art Nouveau. Then Europe’s tumultuous 20th century inspired rule-breaking art as exciting as the times: from Expressionism and Cubism to Surrealism to Abstract. The genius of artists like Van Gogh, Picasso, and Dalí express the complexity of our modern world.

About Rick Steves’ Europe
Founded in 1976 by Rick Steves, America’s most respected authority on European travel, the mission of Rick Steves’ Europe is to inspire and empower Americans to have European trips that are fun, affordable, and culturally broadening.  The company produces the popular travel series Rick Steves’ Europe for public television, a weekly hour-long national public radio show, a best-selling guidebook series on European travel, and a vast collection of free travel resources available through ricksteves.com. The company also runs a successful small-group tour program, taking more than 30,000 travelers to Europe each year, and an online travel goods store featuring the Rick Steves brand of luggage and travel accessories. Annually through its Climate Smart Commitment, Rick Steves’ Europe contributes to a portfolio of climate-smart nonprofits (essentially paying a self-imposed carbon tax) to help mitigate the environmental cost of its tour program.

About WPBS
WPBS is a PBS station serving approximately 650,000 households throughout Northern New York and Eastern Ontario via cable, satellite, Internet and over-the-air distribution. WPBS is a non-profit organization whose mission is to educate, inform, and engage its two-nation region with exceptional and trusted content across multiple platforms. Its vision is to be the premier provider of extraordinary public media that instills wonder and curiosity across generations and borders. More information about WPBS, including a full channel listing, is available at wpbstv.org, or by following WPBS on Twitter, Instagram, and Facebook.

WPBS Celebrates the Holiday Season with Special Programming in December 2022