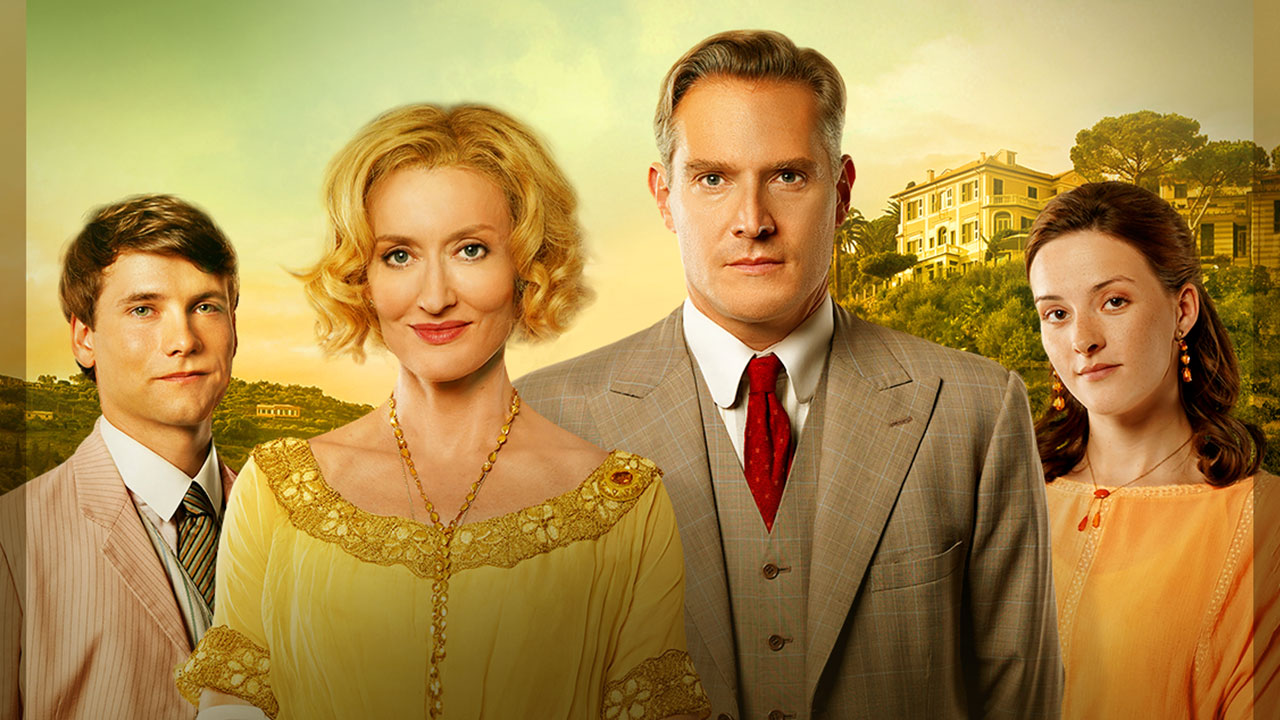 WATERTOWN, NY; June 13, 2022 – This June, the drama-filled series HOTEL PORTOFINO, which has charming characters from different walks of life mingling in an exhilarating cocktail of romance, glamour and mystery, will launch on all PBS platforms. The six-episode period piece starring Natascha McElhone (“Ronin,” “Californication,” “Halo”) follows an elite yet dysfunctional British family who open a hotel for upper-class travelers on the magical Italian Riviera during the Roaring ‘20s.

HOTEL PORTOFINO premieres Sunday, June 19th at 8:00 pm on WPBS-TV and will air each following Sunday at the same time. The series will be available to stream on the PBS Video App and WPBS Passport.

HOTEL PORTOFINO tells the story of the Ainsworth family that has relocated from Britain to open an upscale hotel on the Italian coastline. Set in the breathtakingly beautiful resort town of Portofino, this new period drama is about personal awakening at a time of global upheaval in the traumatic aftermath of World War I and the liberating influence of Italy’s enchanting culture, climate and cuisine on elite British travelers. As distinguished guests like the imperious Lady Latchmere check into the hotel, matriarch Bella Ainsworth tries to keep up with their constant demands. McElhone and Mark Umbers (“Home Fires”) star as the British expat hoteliers Bella and Cecil Ainsworth.

Episode One: “First Impressions”
Hotel Portofino opens its doors to guests around the world, including the imperious Lady Latchmere (Chancellor) who is hard to please. Bella Ainsworth (McElhone), co-proprietor with her husband Cecil (Umbers) and the moving spirit behind the hotel, uses resources, energy and focus to meet hotel demands, while tending to her war-wounded son Lucian (Dench) and her widowed daughter Alice (Morris). Bella quickly finds herself targeted by a scheming local politician, Signor Danioni (Esposito), who threatens her with extortion.

Episode Two: “Lessons” – Guests settle in and enjoy the hotel property, including the vivacious American, Claudine Pascal (Frazer), and Anish Sengupta (Zaman), a close friend of Lucian’s who is taking a break from his medical studies. Under the pressure of an arranged marriage to Rose by his father Cecil, Lucian asks for permission from her mother Julia to take her for a painting lesson on the beach. Meanwhile, Danioni worms his way into the Ainsworth’s affairs by helping Cecil arrange for a family heirloom to be sent from England.

Episode Three: “Invitations” – Bella and Lady Latchmere bond over a family tragedy and Constance, a young woman helping around the hotel, is encouraged to make more of her appearance by the hotel’s most worldly guest, Claudine. Bella invites Italian locals to the first English afternoon tea in the hotel’s garden, and the Ainsworth heirloom, a painting by the artist Rubens, arrives during the festivities. When several guests head off for a supper party, Lucian and other younger guests stay behind. Rose lets her hair down with Lucian but disgraces herself in Julia’s eyes.

Episode Four: “Uncoverings” – The younger guests venture out on a boat trip, where Constance wears the daring swimsuit Claudine has given her. Catching Lucian’s eye, he and Constance swim together to explore a nearby cave. Bella finally stands up to Signor Danioni when she visits him to make another payment and insists it will be her last, but Danioni doesn’t take the news lightly. He hands over compromising correspondence to Cecil, but before he can confront Bella about the letter, the Rubens goes missing and there is uproar at the hotel.

Episode Five: “Discoveries” – Bella and Cecil, the hotel’s guests and employees are in a tumult over the stolen painting. As the police, led by Danioni, search for the missing heirloom, everyone is a suspect. Danioni accuses Billy Scanlon, the only surviving son of the hotel’s cook, Betty, of being the thief. An Italian guest, Count Albani, steps in to try and help Bella resolve her difficulties with Signor Danioni. Cecil finally confronts Bella over the compromising letter.

Episode Six: “Denouements” – The day after Bella’s confrontation with Cecil, her daughter, Alice, finds a locket that reveals a secret Constance has been hiding. When Lucian finally acknowledges his true feelings, Alice takes him aside to disclose the secret from Constance’s past. Lucian must now decide on his prospective engagement to Rose. Claudine and Bella build a bond as her empathetic manner gives Bella strength. The mystery of the missing heirloom is resolved, and the police investigation is closed. Cecil makes a surprising discovery about Danioni, and he pays him off with a bribe not to reveal his indiscretion.

HOTEL PORTOFINO was written and created by Matt Baker and directed by Adam Wimpenny. The series is an Eagle Eye Production in association with Beta Film. HOTEL PORTOFINO is executive produced by Eagle Eye’s Jo McGrath and Walter Iuzzolino.