Whiz Quiz is the longest running academic quiz show in the North Country and celebrates the academic excellence of high school students from both sides of the border. Whiz Quiz will air Monday through Friday at 7:30pm beginning in October and will continue through December with the championship matches.

Tune-in to celebrate the achievements of these talented students on Whiz Quiz. All matches will be available for online viewing every Friday at watch.wpbstv.org.

Host, Joleene DesRosiers, brings over 15 years experience in television news, production, and filmmaking. She started her on-camera career as television reporter at WWTI In Watertown, and later as a reporter and anchor at Spectrum News (formerly News 10 Now) in Syracuse. She is the writer and producer of an original television pilot called STICKS that was filmed in Pulaski, New York. The pilot is slated for the television festival circuit. Learn more at www.joleenemoody.com 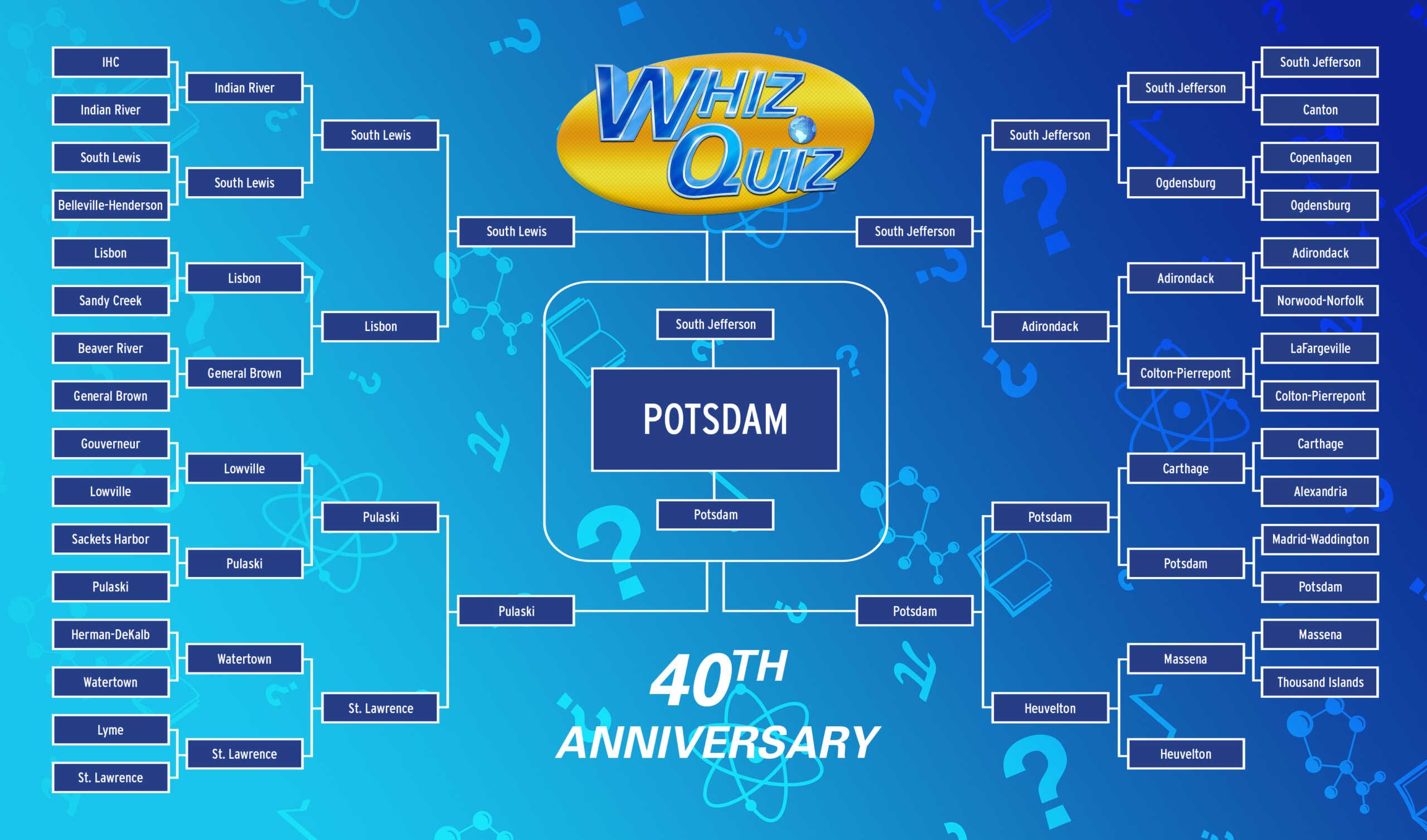 Whiz Quiz is made possible by Community Support from the following organizations:

Scholarships awarded on Whiz Quiz are provided in part by:

“Whiz Quiz is an important program because it allows for the opportunity for high school students to participate in television. This experience involves the entire community when people are able to watch their students compete. Thank you!”

“Whiz Quiz provides an opportunity for students to demonstrate their knowledge, as well as see how the television industry works.”

“It gives students a chance to test their cumulative knowledge. It also provides an opportunity for students to bond with people they might not otherwise be friends with, and work together to show their teachers and community just how much they know.”

“Practicing helps me to bone up on my knowledge of history, literature, math, science, and pop culture. When one knows these things, it is helpful in subjects and makes things interesting. Whiz Quiz is challenging, but fun, because you get a chance to be on TV!”

“It provides recognition for a few of our most deserving students, who seldom receive acknowledgement.”

“Whiz Quiz brings people of diverse interest together and gives the casual viewer another glimpse of America’s future leaders and potential employees.”

“It helps our most dedicated students deal with pressure situations and develop the confidence and poise necessary to blossom into tomorrow’s leaders.”

The 2019 Whiz Quiz Champions are from Potsdam, New York. 31 High Schools competed this year in the single elimination tournament.

A Whiz Quiz Awards ceremony will be held early winter of 2020 to award the winners. Full episodes of Whiz Quiz are available to watch at watch.wpbstv.org.

Community support for Whiz Quiz is provided by Jefferson-Lewis BOCES, St. Lawrence-Lewis BOCES, Associated Colleges of the St. Lawrence Valley, Jefferson Community College and the American Federation of Teachers. Scholarships for the winning teams are provided in part by Rotary Clubs of: Watertown Youth Committee, Watertown Evening, Theresa and Potsdam.