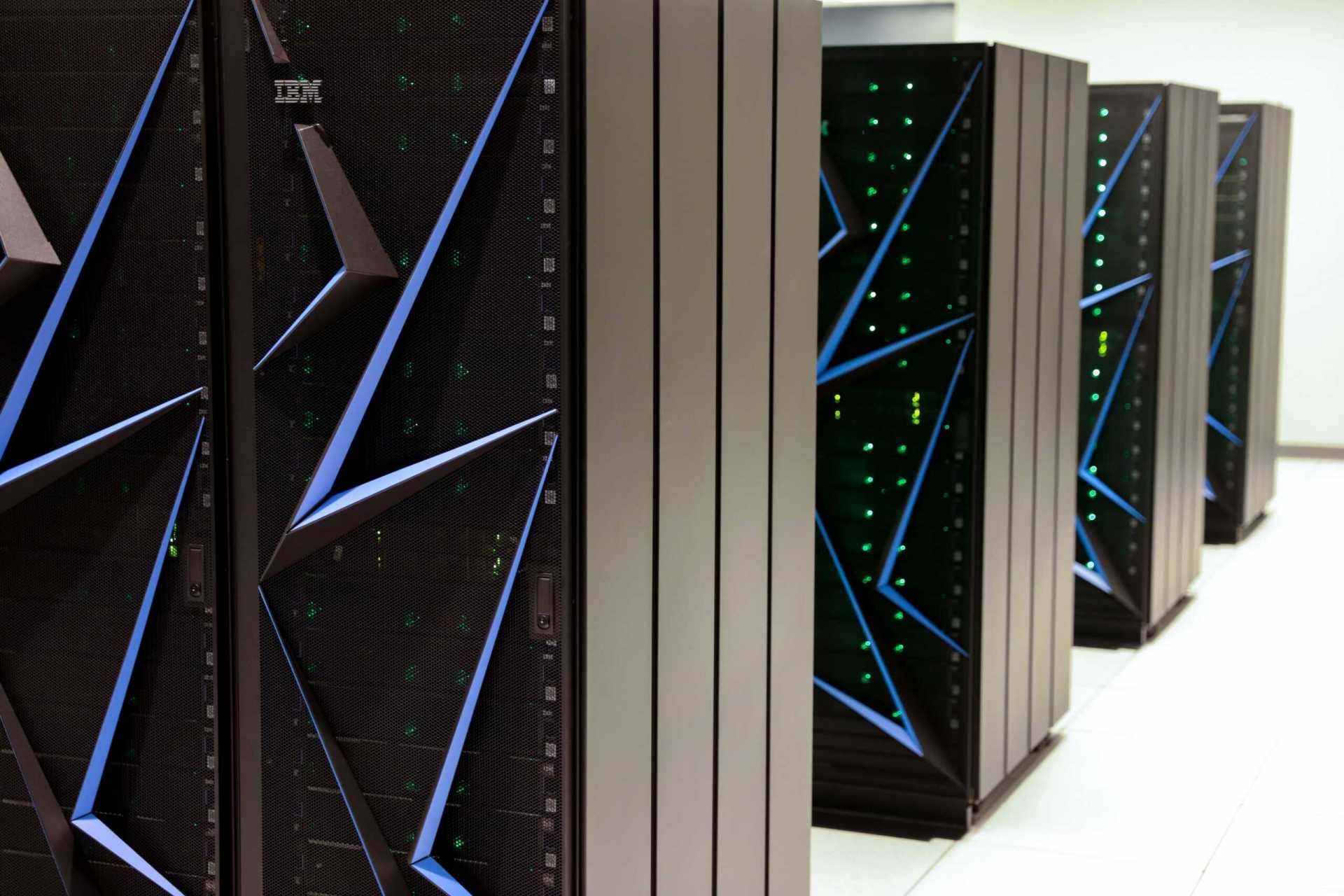 Rensselaer Polytechnic Institute Mentioned in White House Press Briefing Sunday
by Danielle Sanzone • Published on March 23, 2020 • 0 Comments
Part of AiMOS supercomputer system located in the Rensselaer Tech Park
Rensselaer Polytechnic Institute
Health
In President Donald Trump’s press conference from the White House on Sunday, March 22, a certain local educational institution with access to a supercomputer was mentioned towards the beginning of the president’s update with COVID-19 efforts.
About 15 minutes into the more than two hour press conference with speakers including Trump and Vice President Mike Pence, Trump said that there had been an outpouring of support from the private sector in fighting the novel coronavirus and this included a new “public-private consortium organized by the White House, Department of Energy, and IBM.”
This consortium intends to “unleash the power of America’s supercomputing resources” to fight COVID-19, Trump said. Partners in this effort include IBM, Amazon, Google, Microsoft, MIT, the National Science Foundation and Rensselaer Polytechnic Institute, among others. These entities are contributing primarily computing resources to help researchers discover new treatments and vaccines, Trump said Sunday evening.
In a statement from RPI released around the time of the press conference: “Rensselaer Polytechnic Institute is enlisting AiMOS, one of the most powerful supercomputers in the world, in the battle against the COVID-19 pandemic. Rensselaer is reaching out to the research community, including government entities, universities, and industry, to offer access to AiMOS in support of research related to the new coronavirus disease.”
“In order to combat the devastating effects of this pandemic, we must be able to fully grasp the complexities and interconnectedness of biological systems and epidemiological data, as researchers work to develop therapeutic interventions and address gaps in our knowledge,” said Rensselaer President Shirley Ann Jackson. “This effort requires expertise, collaboration, and the ability to process incredible amounts of data, and Rensselaer is offering all three at this critical time. In particular, the ability to model at very large scales requires the unique capabilities of AiMOS.”
AiMOS, which is short for Artificial Intelligence Multiprocessing Optimized System, is able to perform eight quadrillion calculations per second. AiMOS debuted in the November 2019 Top 500 ranking of supercomputers as the 24th most powerful supercomputer in the world and the third-most energy efficient. It also ranked as the most powerful supercomputer housed at a private university, according to RPI officials.
Located at the Rensselaer Center for Computational Innovations in the Rensselaer Tech Park, AiMOS serves as the test bed for the New York State-IBM Research AI Hardware Center, among other things, and is uniquely designed and optimized to help users explore new applications in artificial intelligence, RPI officials said.
In Sunday’s press conference, Trump also said that a major disaster declaration was approved for the state of New York and activation of National Guard to provide robust support to the state. The usual cost for this is being waived, Trump said.
Along with this, alternate care sites are being erected in New York State. This would include four large federal medical stations with 1,000 beds. The state also continues to receive respirators, surgical masks, face shields, surgical gowns, cover-alls, and gloves.
For continued coverage of COVID-19, follow New York NOW online at nynow.org.

Social And Economic Disparities Being Exposed By COVID-19 Crisis

Cuomo: Worst of COVID-19 May Be Over if Social Distancing Continues

Cuomo Asks Trump for Help in Ramping Up Antibody Testing