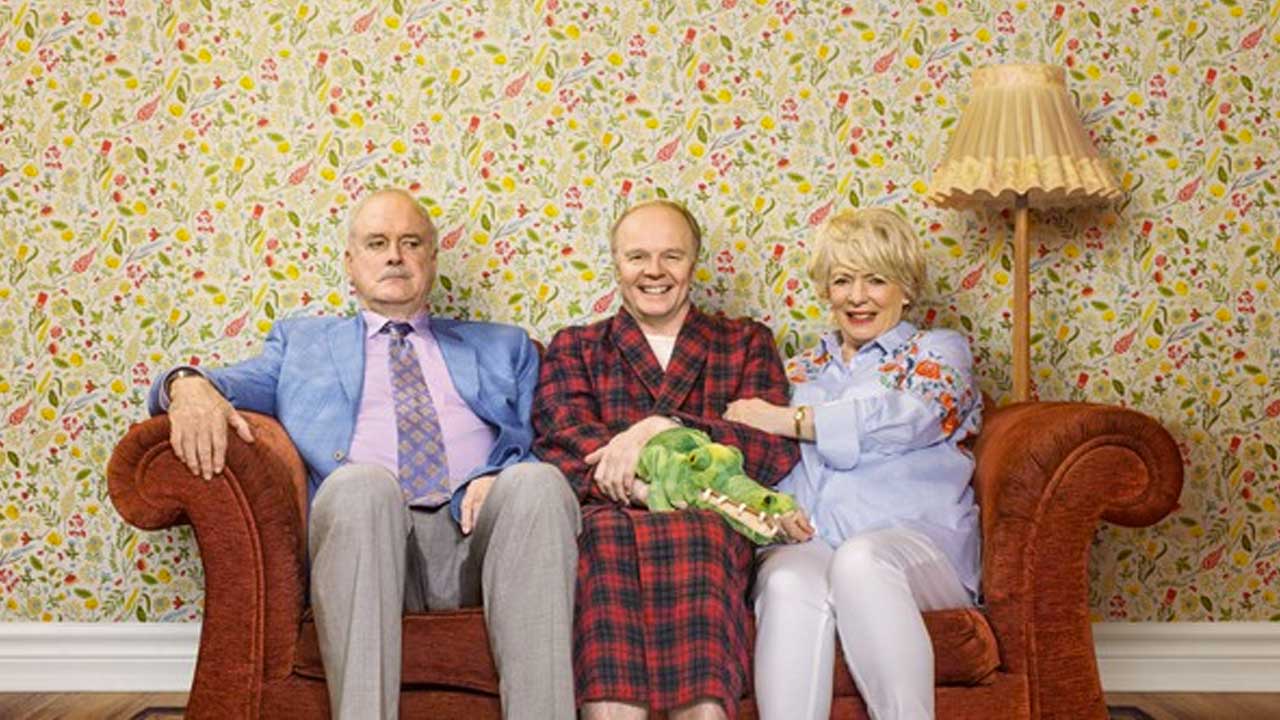 June 2, 2020
Facebook
Twitter
Pinterest
ReddIt
Email
Print
For Edith (Alison Steadman), life is pretty good. She’s been a widow for some years now, but her children live locally and drop by regularly, and she enjoys daily visits from Phil (John Cleese), an old boyfriend who now lives across the road.
Phil dreams of marrying Edith, and the pair of them upping sticks and moving abroad to the sunshine. But after months of turning him down, on the happy day Edith finally says ‘yes’, there’s a knock on the door – and there on the step, with a large suitcase, is her 50 year old son Roger (Jason Watkins).

He announces that he’s left his wife, his kids and his good job at the bank, and come home in an attempt to find his lost happiness again. And in a blink, to Edith’s dismay and Phil’s fury, all dreams are on hold.

Episode one – Bubbly
Edith’s dreams of retirement to the sun with her long-term suitor Phil are shattered when her 50 year old son Roger arrives home, seeking to recapture the happiness of his boyhood.

Episode three – The Marriage Counsellor
Queenie appoints herself marriage counsellor to Roger and Wendy, and Edith and Phil decide it’s the right moment to take a weekend break. While the cats are away…

Episode four – The Burglary
As tensions grow between Roger and Wendy, a midnight break-in brings Edith face to face with a ghost from her past. How can she explain the raffish Bob (James Cosmo) to Phil?

Episode five – Roger the Carer
Bob gives Roger the idea of applying to be a paid carer for Edith. Trouble is, Edith is perfectly well, so who can Roger persuade to stand in for her?

Episode six – Old Flames
Phil is worried that Edith’s old flame Bob may be gaining ground, and that his own one-time floozy Desiree (Shobna Gulati) may put in an unwelcome appearance.

All Creatures Great and Small, Season 2: Tricki Woo Chooses Who?