Home Education “Have You No Decency?” | McCarthy | American Experience | PBS 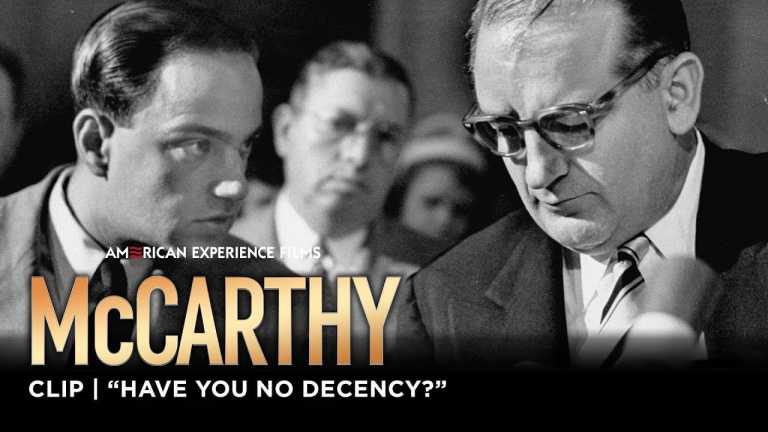 Joseph Welch finally asked the question of McCarthy: “Have you no decency, sir?”

MCCARTHY chronicles the rise and fall of Joseph McCarthy, the Wisconsin senator who came to power after a stunning victory in an election no one thought he could win. Once in office, he declared that there was a vast conspiracy threatening America — emanating not from a rival superpower, but from within. Free of restraint or oversight, he conducted a crusade against those he accused of being enemies of the state, a chilling campaign marked by groundless accusations, bullying intimidation, grandiose showmanship and cruel victimization. With lawyer Roy Cohn at his side, he belittled critics, spinning a web of lies and distortions while spreading fear and confusion. After years in the headlines, he was brought down by his own excesses and overreach. But his name lives on linked to the modern-day witch hunt we call “McCarthyism.”

Learn more about MCCARTHY, including where to watch the film: http://www.pbs.org/wgbh/americanexperience/films/mccarthy/