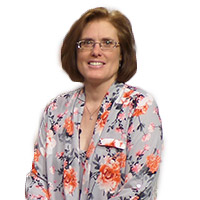 grew up in northern New York. After graduating from college and law school, she practiced law in New York City before moving to southern New Jersey, where she now lives with her husband, three children, dog, two cats, and a fish. She writes full time and is the author of Secrets of Hallstead House, a novel of romantic suspense set in the Thousand Islands region of New York, and the USA Today Bestseller The Ghosts of Peppernell Manor, a novel in the same genre set outside Charleston, South Carolina. Her third novel, House of the Hanging Jade, is set in Hawaii and will be released in April, 2016. She is currently working on her fourth novel, set in Edinburgh, Scotland. She loves cooking, reading, and traveling. 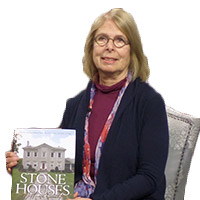 was born in Watertown, NY and graduated from Immaculate Heart Academy. She received her BA in English from the College of New Rochelle, NY, and a Diploma in Gold and Silversmithing from Humber College, Toronto, Canada. She works as a studio silversmith and is the author of numerous articles and the book, Ornament and Object: Canadian Jewellery and Metal Art 1946-96. Summers, she lives in a stone house rescued by her family after a fire.

grew up in Watertown and graduated from Watertown High School (1976). He received a BA in Economics from the University of Rochester (1981) and an MBA in Finance from Boston University (1986). He has worked as a Commercial Banker, Finance Manager, and Cheese Store operator. He has been involved in research and the renovation or restoration of three historic houses: a c. 1865 balloon-framed dock worker house in Burlington, VT, a 1853 Greek Revival one-and-a-half-story connected farmhouse in Northfield, VT, and a combined frame (1810) and stone (1831) farmhouse in Watertown, NY. 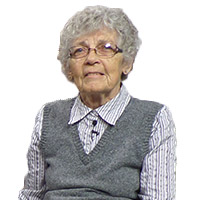 I began my writing career with Permont Productions (Quebec) as head writer. When I moved to Ontario I adapted (for TV) two middle grade stories for a lady who persuaded me to take up childrens writing. I enrolled in The Institute of Childrens Literature, learned the technique, and had stories accepted for Jack and Jill, The Storyteller, Creative Connections to name a few.  I went off into childrens poetry and had poems published in Polar Expressions -2012,2013. I submitted a short story which will be published this year.

As I was writing An Odd Couple it became too long so I decided to publish it as an anthropomorphic chapter book. It has been very popular with children as well as adults.  I have now almost completed my next chapter book.  It is anthropomorphic as well, honeybees telling THEIR story about colony collapse.  (I was a bee keeper for a number of years).

(born August 20, 1975 in Carthage, New York) is an American author, whose books include the thriller Don’t Pay the Ferryman(based on the 1982 song by Chris DeBurgh) and its sequel Don’t Fear the Reaper (named, likewise, for “(Don’t Fear) the Reaper” by Blue Oyster Cult). These novels were published in 2003 and 2004 respectively.

In 2005, Mastin published a book of poetry entitled Weathering the Storm: The Journey of my Life, Part I. Mastin also contributed to the Spring 2006 edition of “The Black River Review”. The book, published by Jefferson Community College, included Mastin’s poem “Jekyll and Hyde present: The Coin of Dementia”. In November 2007, Mastin released his third novel in the “Carthage Chronicles” series entitled Revenge of the Reaper. The “Revenge” story takes places exactly where the previous story left off and continues the saga of the murderous Reaper.

The “Revenge” story is also noteworthy because of the references to other books and films. For instance, in one chapter, a character is sitting in his hotel room watching Evil Dead IIon the television. What is unique about the scene is that the character in the “Revenge” book is watching the movie just as the clawed glove of Freddy Krueger, the primary antagonist of the A Nightmare on Elm Street series of slasher films, can be seen hanging in the cabin’s basement and toolshed. That scene inEvil Dead II, at least partially, is a reference to a scene in the original A Nightmare on Elm Street where the character Nancy Thompson (portrayed by Heather Langenkamp), watches the original The Evil Dead on a television set in her room. In turn, that scene was a reference to the torn The Hills Have Eyes poster seen in the original Evil Dead film, which was itself a reference to a torn Jaws poster in The Hills Have Eyes.

The Separation marks the beginning of the Battle of Ertonia. Jacob is a typical boy from Waterport, New York, who, upon hearing news of an explosion at the address of his friend Ashleys house, goes there to investigate. Ashley is safe, but the house is decimated. This exposes an old stone well among the ruins. Curious, both friends draw closer to the well, but a shadow pushes them in.

They wake up in Traledor, a fantastical realm reminiscent of the bygone medieval era. There, they encounter allies such as the magically adroit warriors Joshua and David, the homely giant Mechi and the demonic Valex, minion of the dark lord Jaque-em. As the story unfolds, Ashley goes missing, and Jacob takes it upon himself to train harder, search for her and hopefully, fulfill the destiny that the inhabitants of old Traledor had prophesied. Jacob must stop Jaque-em and his army of demons from conquering this world, which he eventually learns to call his home.

Joshua Bailey is a loving husband and father of a growing family. He grew up in a small town in northern New York, where he discovered his love and passion for writing. He finds most of his inspiration in biblical teachings and strong Christian morals along with other Â books and media surrounding this genre. Surrounded by so much love and support from his family and friends, Joshua Bailey plans to continue and grow his writing career.